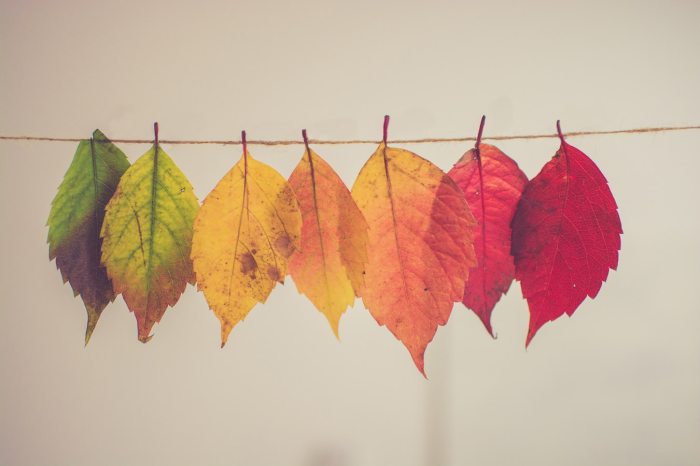 It’s my third year of college and I still don’t have it figured out. Maybe you weren’t expecting that, but it’s the truth.

So, let this be a reminder to all who are new to college (or school, work etc.) or have been here for a while.

I guess I always imagined that after freshman year I would have everything down, no worries, on track, and better than I ever was before. In my mind, as I go into another year, everything is supposed to get better, easier, simpler.

I don’t know if that is the case. Like I said, I’m three years in and sometimes I feel less prepared than I did as a freshman, just in different ways. I thought my freshman year transition was hard, well it was. My transition then involved a lot of uncertainty, doubt, confusion, loneliness and much more.

Guess what? Those feelings don’t just magically disappear as I get older or go into another year. They just look a little different; they evolve. Those emotions just come with different circumstances and situations. And usually, different people are involved as well.

I don’t know as if we are ever done with transitions.

**Storytime: Today, as I went to get my books I was thinking about this post wondering if it would be one of many left in draft mode or if it would go up. Then, I saw this older man, dressed nicely, white hair combed back, the kind that probably doesn’t associate themselves with crazy college students with ripped jeans, headphones in, and messy hair. (if you have grandparents like this you understand :))

He was at the wrong door and was obviously confused about the whereabouts of the bookstore. Something in me said to ask him if he needed help… and he did. He kindly took my directions and proceeded to follow me. As we walked I talked about the new building and how “everything was everywhere”.

In my head, I was thinking well, yeah life is everywhere. It’s a mess. But, he took it a step further.

“It seems life is full of transitions,” he said.

Of course, my mind clicked and I gave a little “ha ha I see you” to God.

To all of you going through a transition… and by that I mean everyone. Maybe instead of pushing really hard to just get through it because it will be better after it’s done, we can live through it.

There’s no doubt that it could get better. I think transition might have a bit of a negative connotation. Transitions don’t have to be bad and really not all are, maybe not any? I myself, am more aware of the “bad” ones,  I always attempt to rush through them even if I barely scrape by, hey, at least I made it right?

Now, being aware of this, I want to challenge myself and others to not only just push through it but to live through it. It’s not like we will have a time of zero transition afterward, it might be a “better” or seemingly more bearable transition but one nonetheless.

Who knows, you might be missing something really great in the middle of the transition because you’re too focused on sprinting through it eyes closed, holding your breath until it’s “over”.

I believe this is the way God wants us to live because that’s the way His Son lived.

(God, I pray for whoever reads this that You use these words for their good and for their needs specifically. And that anything I might have said that does not align with Your Words and beliefs that You change it so that it does.)

I am currently doing the 3030 Challenge and today’s was one I felt the need to share on my blog.

Can you believe we only have TEN days left of the challenge?? It’s crazy!! Has it been something simple and easy to get into for you or has it been a struggle? Maybe a little of both? Would you do it again? If you’re just now interested in doing it it’s never too late! Scroll up and click on the link to begin and you can always follow along here.

The first thing that comes to mind is Holly LeBlanc. If any of you knew her and were able to go to her celebration of life, you all know where this is going. If not, her story is one to look into. (I’m going to make this short which will be extremely difficult, but I think she can tell her story better than I can. Click the link at the bottom for more.)

Her motto for life was “IT TAKES HOPE”. When she was a teenager, she was diagnosed with FA a rare disease that affected her body in so many ways. She struggled through years of trials and challenges that I am convinced I would never make through myself. However, she pressed on despite day after day of pain.

The thing is, she was the happiest, funniest, most loving soul I had ever met. Growing up around her was an obvious blessing and even just watching and listening to her journey the last few years has been beyond inspiring. Her energy and desire to keep on loving God despite everything that seemed against her is something I admire more than she knew.

She had hope beyond hope. She taught us all the significance of never giving up and simply having hope in Jesus as well as in the way he is carrying us through our own individual journies.

All I can say is she gave me a new, improved and much-needed definition and example of what hope is. And it’s not something you can find without the constant guidance of God and His Word.

Thank you, Holly… I bet if I listen I can hear your laughter from here!

Want to hear more of her story? Want to see a little bit of what Jesus looks like? Start here.

(God, I pray for whoever reads this that You use these words for their good and for their needs specifically. And that anything I might have said that does not align with Your Words and beliefs that You change it so that it does.)